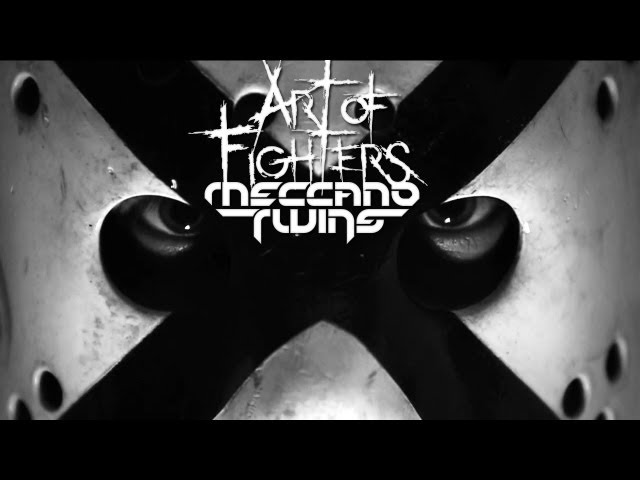 Jose Sendra was only 15 years old when he first came in contact with Hardcore when his sister brought him at the famous Number One club, Italy. It didn’t take a long time for him to start buying his own vinyls and producing.

The turning point from hobby to career was only two years later when he first played at United Hardcore Forces event as “Terminal Trauma”. The Art of Fighters noticed Jose, him and realized that with a rich musical background, which is as dark as it is technical, and as experimental as classic he had the potential to bring their “Meccano Twins project” to the next level.

Meccano Twins’ acclaimed on stage pervasive presence has earned him some of the biggest spots any such as Dominator Festival, Masters of Hardcore, Defqon 1, Harmony of Hardcore and many more…

A lot of remarkable hits followed such as “Electrogod, “The Industry” (teaming up with Endymion), Thunderdome Toxic Hotel Anthem remix. Meccano Twin’s released his first album “High Tech hardcore” in 2013 on Traxtorm, and the second album “777 -More Than Evil” was released 07-07-2017 on Brutale which brought about a special change for the project with introduction of now Iconic mask! In 2018 Meccano Twins is back with his dark style including evil melodies and crunchy kick drums!

Jose has worked hard during the years to fine-tune his production skills. This assiduous artist has changed over the years and he has currently found a new musical dimension, sharpening his mechanical identity with an outrageous mask that embodies his personality and symbolizes his style: post-industrial, evil, experimental and uncompromised sound heavy and brutal hardcore kicks.

Meccano Twins has gained a solid reputation amongst the Hardcore connoisseurs of the scene acquiring the status of “the ultimate closing act” and brings his own darkness that can fit well as a key headliner in both mainstream or uptempo lineups.

Any cookies that may not be particularly necessary for the website to function and is used specifically to collect user personal data via analytics, ads, other embedded contents are termed as non-necessary cookies. It is mandatory to procure user consent prior to running these cookies on your website.