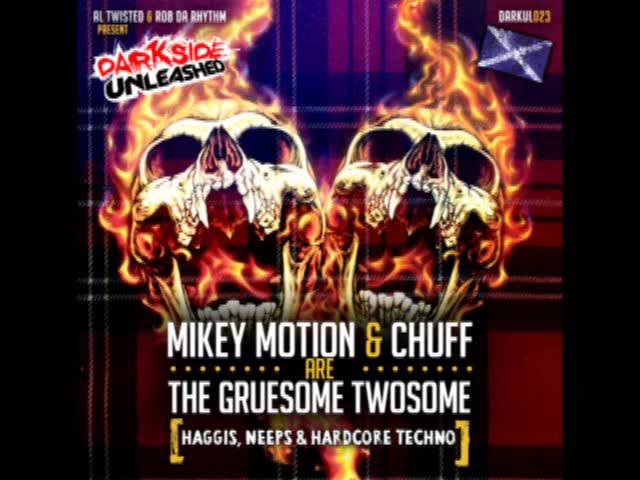 After 17 years in the Hardcore rave scene, Mikey decided to follow his dreams and parachuted right into the stand up comedy scene in 2018!

After writing comedy and filming and sharing sketches on social media for 12 years, and experimenting with different characters inc ‘Bergy Boy’ , ‘Ray Rogers’ , ‘Pat Noodle’ and ‘The Sausage King’. While gathering over 13 million views on one of his viral sketches, he decided to move into live comedy performance!

Since then, he has been gigging all over, building up a good reputation and has a strong following who attend his gigs. He performed on numerous shows at The Edinburgh Fringe 2021, including Bob Walshy Walshes ‘Wrong Comedy’ and picked himself up an award coming 1st place at ‘Improv Provocateur’.

Mikey, also co-runs, the Colossus ‘Laugh Or Cry’ event in The Classic Grand, Glasgow and the huge ‘Laugh In The Park’ summer outdoor event which took place in Queens Park, Glasgow 2021, both along side promoter Al Innes, both Sold Out Shows!

Mikey has been keeping busy running a new night and crafting his material every week in Glasgows newest comedy club, in the heart of Glasgow ‘Vibe Room Comedy Club’ @vibe_room_comedy1

‘Mikey Motion has that skill of being many things at once. He‘s self deprecating but you don’t feel sorry for him. You admire his brass neck for sharing these things with you. He makes you laugh at stories about how bad in bed he is, while still being the coolest guy in the room. What a c*nt. – Viv Gee

‘Mikey is a rogue that mixes positive vibes with big laughs, smiling from the second he hits the stage, you know it’s a good time coming’ – Billy Kirkwood